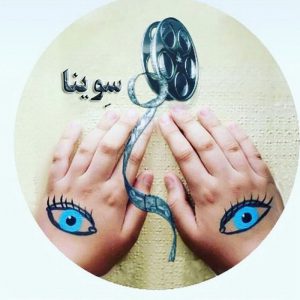 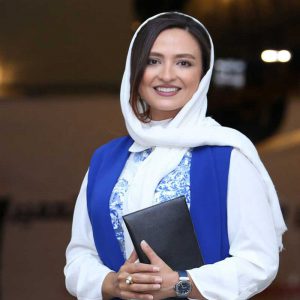 Sevina (Special Cinema for the Blind in Persian) was founded in April 2019 with the aim of providing audio description for movies and series so that the blind and the visually impaired can access cinematic products. Screening audio-described movies with the presence and participation of blind and visually impaired people is one of the major goals pursued by Sevina. This foundation also strives to provide audio-described movies and series on its website for download. Gelareh Abbasi, Sevina’s founder, believes that holding book review meetings,, providing live and internet-oriented coverage of cultural events via a special radio operated by the visually impaired, producing relevant podcasts, presenting successful blind individuals to the society and familiarizing artists with the talents and needs of these people are also goals which Sevina seeks to achieve gradually.So far and over the past few months since its inception, Sevina has screened four audio-described movies and one theater production for hundreds of enthusiastic blind and visually impaired people in Tehran. Many well-known actors and actresses have eagerly demonstrated a vested interest in Sevina’s goals, and some of them have been involved in providing audio description for Sevina’s movie screenings.”Audio description is a burgeoning field in Iran,” says Ms. Abbasi, “and we are exploring various venues of making it available to the visually impaired through negotiations with movie producers, movie companies and theater owners. It can be provided either on scene, through headphones, live, or in the form of an extra feature added to downloadable movies and DVD productions. All of these are tried-and-tested mechanisms, so we want to see which ones or which combination works best in the context of Iran.Apart from the aforementioned goals, Sevina tries to persuade major providers of ebooks and audiobooks in Iran to make their apps and websites accessible to the visually impaired. Through a network of volunteers, Ms. Abbasi is gradually getting restaurant and coffeeshop owners to provide Braille menus to their blind customers and patrons so as to both make their item selection easier and raise awareness about their sometimes neglected needs.

…………
Radio Sevina
Shortly after founding Sevina, Gelareh Abbasi managed to create Radio Sevina — an internet-based radio station run by the visually impaired which makes an attempt to produce cultural programs for a wide audience. Ms. Abbasi is keen on showcasing the talents and expertise of the visually impaired through a well-established medium which is quite familiar to sighted individuals. Many blind people are involved in producing the scripts, hosting, editing and mixing Sevina’s currently 5 radio programs. Furthermore, Sevina Radio provides live coverage of Sevina’s cultural and cinematic events. Radio Sevina can be accessed by visiting www.sevinagroup.com/radio